A Game by Stuart Lilford

An outbreak of a deadly disease ravages the world, transforming those infected into blind, zombie-like creatures. Strangely, these Infected also seem to be obsessed with podcast recording equipment and hoard it like a Magpie with shiny things.

Obviously for the Survivors (primarily straight white men in their 30s) the best way to deal with a post-apocalyptic world is to start a podcast about how life has changed since the virus.

With what little podcasting equipment available being hoarded by the infected, starting up a podcast becomes difficult. Survivors start risking their lives by stealing equipment from the infected in order to collect enough to start recording. Their opinions and hot takes on the post-apocalyptic world must be heard!

Object of the Game

Your objective is to gather as much podcasting equipment as possible from the infected without getting caught and killed.

If a Survivor is caught by an Infected, then they are out of the game.

Infected players must keep their blindfold on until the end of the game.

End of the Game

At the end of the game, all remaining Survivors (those that haven't been caught) count up their pegs (podcasting equipment). Whichever player has the most pegs at the end of the game is the winner. In the event of a tie, the winner is the player who can come up with the best name for their post apocalyptic podcast (this is judged by the other players).

If all Survivors are caught out by the Infected before all of the pegs (podcasting equipment) have been collected (there are still pegs remaining on Infected players) then the Infected win the game.

About the Development of this Game

This game was inspired by the clicker enemy type in The Last of Us and playing with my daughter in our garden. I had previously played a version of hide and seek with my children where I was blindfolded to make it more fun and give me a disadvantage as my 4 year old was generally not that great at keeping quiet while hiding. The addition of the pegs was added when I realised that my daughter would just hide in a corner of the garden furthest away from where I was, which made it no fun for me and not that challenging for her. The pegs meant that she had to at least attempt to get close which gave myself a chance of catching her. 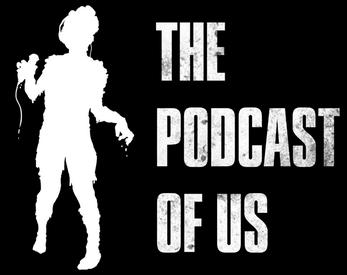